Get it together, Apple.

Let me start by describing my current daily driver:

My usual peripherals include: 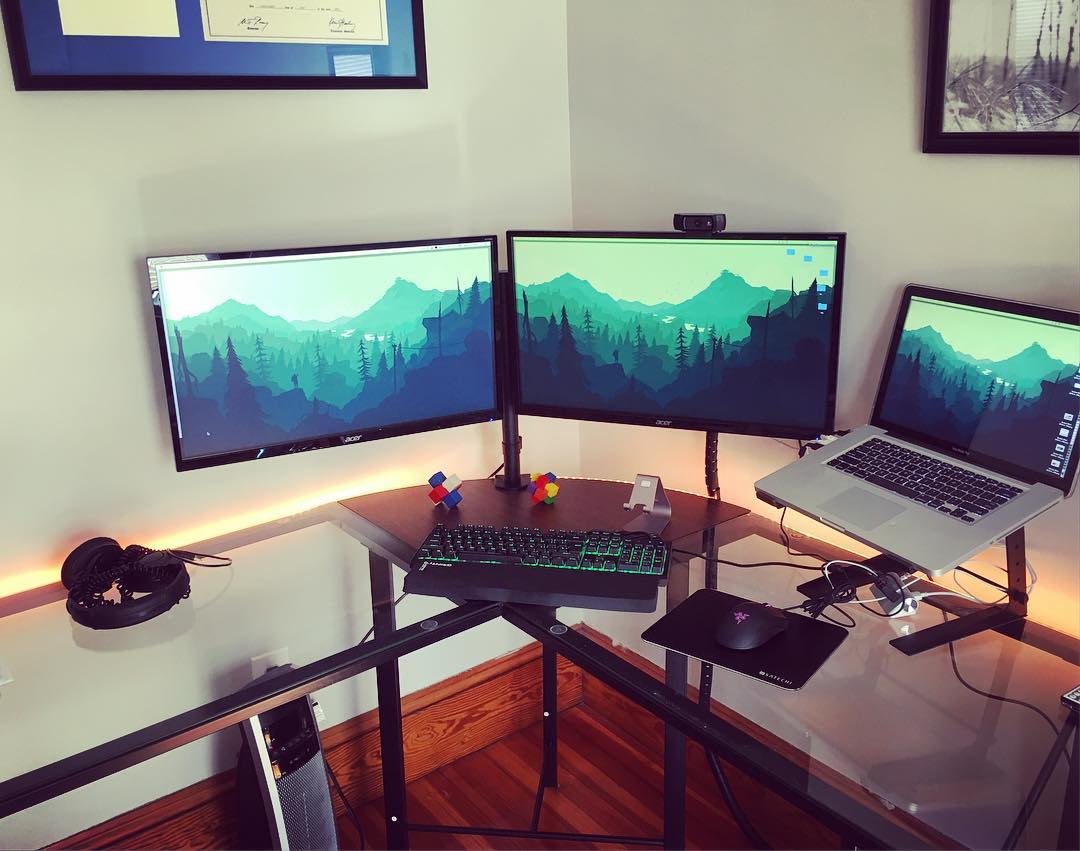 As you can probably gather, my setup is geared towards productivity (specifically web development), which is why Apple and OS X are logical choices for me (aside from the aesthetics).

I've been waiting a real long time to buy a new rig (probably longer than I should be). The SSD and more than recommended 16 GB of RAM certainly helped make work bearable—but it's just not enough. Storage was always an issue until I built a NAS for infrequently accessed data, and even with an SSD I find myself drooling over the M.2 performance boosts, but that won't happen with this board.

Development begets a task-switching-heavy workflow, think: write code, view in the browser, fix code, view in browser again, commit and deploy in the terminal, update the Jira task, etc. So for this, a multi-monitor setup is a big win in my book. Unfortunately, with my current MBP, I'm stuck with two native monitors, and I fudge the third by using a shitty CPU powered display adapter. Seriously, the monitor powered by the Coredy is purely for Slack and Terminal (since they repaint at a low rate)—like don't use this adapter to watch a video, or your MBP will begin to sound like a 747 taking off. Yes, I know, the newer Retina MBP will support two monitors. But, one of them will be limited to 1080p due to HDMI, where's the 4K/5K support?

On the subject of screen real-estate, can we have a real reason other than lack of market demand for the removal of a 17" model? I realize the company is trying to make everything compact, but a good portion of people who use your hardware and operating system are content creators (who truly value a few extra pixels).

Know your [MBP] audience, you know, the people willing to shell out 2.5-3K once every couple of years.

My work is almost entirely remote, meaning Google Hangouts is a huge part of my job, and so is having a proper webcam. Seriously, Apple, even your current models have a crappy webcam and the audio is a joke. Although the audio part can be solved with a headset or even the EarPods.

Enough with the harsh words, I love you Apple, I truly do. During WWDC this year, do us all a favor and debut the MacBook Pro refresh we've all been waiting for, and use these suggested specs:

Anyways, I don't expect much from their actual release. In fact, I'm willing to bet they will cripple the new model to make it the Thinnest MacBook Pro ever™. Keep taking my fun coupons, Apple.